The ‘milk carton rule’ helps you use principles of psychology to close the gap between your expectations and reality, which can help you work better and live better. 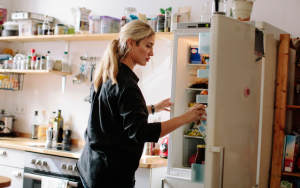 “How do I make them change?”

Whether you’re a business owner dealing with a client who never pays on time, a customer who can’t get a company to respond to your repeated complaints, or simply a member of a family where no one seems to ever change the toilet paper roll, you’re constantly faced with problems where another person’s actions impact you negatively.

Our natural response to this is to demand that the other person change their behavior. But the reality is that most people won’t change, at least, not when we want them to. Continuing to focus on the other person only causes us continued frustration. Psychologists refer to this as the “expectancy-reality-discrepancy,” or more broadly, as an irrational belief referred to as “demanding-ness.”

But how do you solve this problem? How do you make things better when others refuse to change?

Solve problems by focusing on what you can control

The milk carton rule is based on a real-life example found in a psychology textbook, which tells the story of two people we’ll call Vicky and Peter.

Every morning, Vicki gets up early for work, makes coffee, and runs off to the office. Many mornings, though, Vicki forgets to put the milk for her coffee back in the fridge. When her husband Peter wakes up a few hours later, he finds a carton of warm milk on the counter.

Over and over, Peter gets frustrated and confronts Vicki about it when she returns home. Vicki always apologizes, but she continues to make the same mistake. Peter brings up the problem one day to his therapist, to show the type of behavior he has to deal with.

T: “So, do you base your prediction of what will happen every morning based on what she does or what you want her to do?”

T: “So, let me get this straight: She’s done this hundreds, possibly thousands of times.”

P: “Yup. See how inconsiderate she is!”

T: “But after hundreds or thousands of times, you’re still shocked at her behavior. Shouldn’t you expect her to leave out the milk? Are you basing your expectation on what you want or what she’s done?”

T: “Now, how would you feel differently if you based your expectation on what she actually did, instead of what you wanted her to do?”

P: “I guess I wouldn’t be so angry. I’d just get two containers of milk.”

As this problem illustrates, we cause ourselves unnecessary frustration when we continue to demand that reality be different from what we want.

“We have often noticed that people do not try to solve a problem that they think should not exist,” state the authors of the book. “[Peter] will not think of a new way to get cold milk for his breakfast as long as he believes that his wife must behave differently. Once he surrenders the demand and acknowledges the reality, he is freed up to solve the problem.”

In other words, by recognizing that reality isn’t always the way we want it, we can focus on solving the problem, instead of repeating a cycle of frustration and anger.

And that brings us to the milk carton rule, which simply states: “Instead of dwelling on what you can’t change, focus on what you can.” (Like buying two cartons of milk, instead of getting upset and having the same argument over and over.)

Of course, when it comes to the workplace, the milk carton rule only works with certain power dynamics — namely, when you’re dealing with someone who has equal or greater power than you. For example, let’s go back to that opening scenario: As a business owner, you can get angry and frustrated every time a client pays you late. But where does that get you?

In contrast, you can instead focus on what you do have control over. Is the client an important one? Do they bring in more revenue than others? Then simply reframe your expectations. If your terms are Net-30, and they always pay 45 days late, plan your budget as if they were on Net-60 terms. (Now it’s as if they paid early.) If that hurts you financially, you can increase your rate to make up for the late pay.

In almost every case where you find yourself frustrated by others, you have a choice. You can bask in negative emotions and feel sorry for yourself…

Or, you can use your feelings as a catalyst to take a different approach to solving the problem.

And what about the problems that you simply can’t fix?

In those cases, you may just have to accept this as reality. That doesn’t mean you approve of what the other person is doing, just that you recognize that you don’t have the power to change the situation. Doing so can help you focus on other problems that you can solve, which leads to better work, and a better life.

So, the next time you face a problem caused by others, don’t get mad. Instead, follow the milk carton rule — and use principles of psychology to close the gap between your expectations and reality.