Can What You Eat Trigger Inflammation?

Home Uncategorized Can What You Eat Trigger Inflammation?

Can What You Eat Trigger Inflammation?

Did you know that the term “inflammation” originates from the Latin phrase, “set on fire”?

The problem comes is when this inflammation becomes uncontrolled and chronic. Chronic inflammation can result in damage to our tissues and has been linked to a number of chronic diseases, such as cardiovascular diseases, atherosclerosis, type 2 diabetes, rheumatoid arthritis, and some cancers.

It should be noted that what you eat (or don’t eat) won’t automatically cause or cure inflammation, but what you eat can affect your inflammatory levels to some extent.

So, what type of considerations should be included in your diet to combat and/or prevent the effects of inflammation? Here is our top six list of food groups to add to your meal plan:

Therefore, oxidative stress products can also be used as markers of the inflammatory response. Dietary antioxidants like vitamin A-rich foods such as dark green leafy vegetables like spinach and kale; vitamin C rich foods such as citrus fruit and berries; vitamin E rich food such as avocados, sunflower seeds and almonds; and selenium which is found mainly in brazil nuts are recommended.

In the same way that some vitamins are essential to the human body, some fats are essential too. Essential fatty acids for human beings are omega 3 and omega 6, which are types of polyunsaturated fats.

It should be noted that despite both of these fats being essential, they have very different effects on inflammatory markers in the body.

Omega 6 promotes inflammation, while omega 3 reduces inflammation. Because omega 6 is essential for every cell in our body to function, we cannot cut it out completely, and so the aim is to balance the inflammatory effects of omega 6 by adding omega 3. The problem with a Western diet is that it is very high in omega 6 rich foods such as soy, corn and safflower oil, with not enough omega 3 to offset these effects.

It is also important to note that different types of omega 3 act differently in the body. EPA and DHA are active forms of omega 3 that our body can use directly and these are mainly found in oily fish. ALA on the other hand is found in walnuts, chia seeds, and flaxseeds and it is an inactive form of omega 3. Typically less than 10% of ALA is converted to the active form, which is why we focus more on the active form from fish oil (or algae oil for vegetarians and vegans).

Turmeric, a spice that has long been recognised for its medicinal properties, has received interest from both the medical/scientific world and culinary enthusiasts, as it is the major source of the polyphenol curcumin. It aids in the management of oxidative and inflammatory conditions, metabolic syndrome, arthritis, anxiety, and hyperlipidemia. It may also help in the management of exercise-induced inflammation and muscle soreness, thus enhancing recovery and performance in active people. 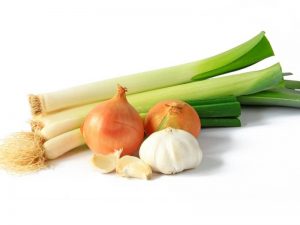 Allium vegetables such as garlic have been studied for their antioxidant and anti-inflammatory properties. While we have seen promising results in terms of these effects in animal and in vitro (petri dish) studies, the effect on humans is not as well known. It may not be wise to put as much emphasis on garlic compared to oily fish for example when it comes to inflammation, but it’s tasty and easy to include nonetheless.

Ginger and its extracts have been used traditionally as anti-inflammatory remedies, with a particular focus on the medicinal properties of its phenolic  compounds. Studies suggest that ginger’s anti-inflammatory properties are not limited to the phenols, but may also be due to the effects of metabolites, gingerols and aromatic essential oils.

Studies have also indicated that cruciferous vegetables such as cabbage, broccoli, and kale may have anti-inflammatory effects. In fact, a 2014 study found that just 14 days of eating a diet high in cruciferous vegetables could lower the inflammatory marker, IL-6, by as much as 20%. What’s more, this study found that these improvements in inflammation were more pronounced in those with specific versions of the GSTT1 and GSTM1 genes – indicating the importance of understanding your genetic results when pursuing lower inflammation levels. 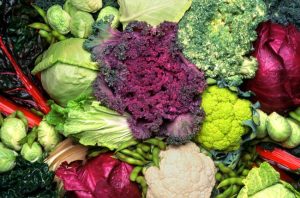 This may feel like information overload but remember this, inflammation is the immune system’s response to harmful stimuli, such as pathogens, damaged cells, or toxic compounds, and it acts by removing the injury-causing component and initiating the healing process. Inflammation is therefore a defence mechanism that is vital to health. However, excessive inflammation can pose numerous health risks, including increased risk for heart disease, cancer and rheumatoid arthritis. Anti-inflammatory foods such as oily fish, antioxidant-rich foods and spices such as turmeric have all been implicated in suppressing an elevated inflammatory response and should be incorporated into a balanced diet.