Keep in mind that there is no ‘one size fits all’ approach in regard to training methodology, as there are a myriad of factors that come into play. The focus of this post is the concept of low intensity training and more specifically, a general overview of how going “low and slow” has shown to be successful with novice through professional endurance athletes.

Physiological Benefits and Other Adaptations to Low Intensity Training 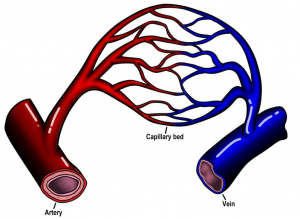 Capillaries are able to increase in number and size in areas where additional blood supply (i.e., oxygen) is needed. Because of the oxygen requirements of endurance athletes, well-trained athletes have a much greater capillary density than non-active individuals. Capillaries grouped together are called a capillary bed.

One of the benefits of training at a low intensity is that it allows an individual to train for a longer period of time (higher volume) with less risk for injury due to the reduced intensity. This training also allows micro injuries to heal while still stressing the cardiovascular system. Lastly, when training for long distance events, it allows one to train close to race pace for long periods of time.

However, the main benefit of low intensity training is that it allows an individual to gradually become faster with the same level of intensity and perceived exertion.

How To Benchmark Low Intensity 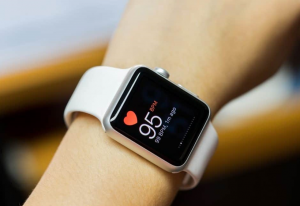 One of the most common ways to benchmark low intensity is via heart rate (HR). In other words, an athlete would use a heart rate monitor to ensure that their heart rate does not go above a set number or zone. However, as heart rate can be affected by many things such as environmental factors, using rate of perceived exertion (RPE) is also a commonly used metric. In this case, keeping one’s intensity at a level where it feels easy and their ventilation rate at a level where it’s easy to breathe and talk is often implemented.

If using heart rate, assessments such as maximum heart rate, or ventilatory threshold (via the Talk Test) can help to establish a benchmark off of which in turn an athlete can set training zones from.

Due to the relative easiness of low intensity training days, it is not uncommon for athletes to not take rest days as they believe that since the training days are performed at such a low intensity, there is no need for additional rest days. This is incorrect. Even in a training block where low intensity training is the majority of the workouts, days for complete rest/recovery are still needed. These will be unique to the individual based on their own life and personal schedule. Days off should be dedicated to:

Yes, You Can Be Fast AND In Poor Aerobic Condition!

In short, without a solid aerobic base largely due to low intensity training, an athlete is on borrowed time in respect to the amount of time they have before they run out of energy. 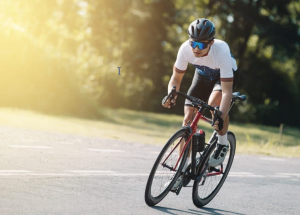 There can be several reasons as to why more athletes do not train at low intensities – especially during the beginning of a training/racing season. Keep in mind that there is no cookie cutter approach and that it’s probably safe to say that we’ve all tried various training methodologies, whether based on science or anecdotal feedback before figuring out what works best for ourselves. Here are a few of the most common reasons why people do not stick to low intensity training.

• This training requires patience and discipline through the end to achieve results. A strong mindset and willingness to commit is crucial.
• “I want it now mentality.” For many, low intensity training creates a mindset of not training hard enough, burning enough calories, not breaking a sweat, etc…
• Other methods showing quick results (i.e., CrossFit workouts, mirroring professional endurance athletes or athletes from other sports). As noted, these methods may work for some athletes, but not for all.
• Poor coaching. Often enough, there are coaches who are locked into certain training methodologies whether it be pace training, drills, random workouts, etc. and do not spend time researching or increasing their educational awareness.

• Take a long term approach to training.
• Like most training programs, low intensity training requires trial and error. Allow fair time for adaptions to start to occur, as adaptations can take up 8-12 weeks to start to show, although you may see more immediate improvements like better sleep, reduced fatigue, and better mental clarity sooner than that.
• Training year round with some degree of focus on low intensity training may yield long term physiological adaptions and improvements. It is recommended to keep some form of training journal to track biometrics and other pertinent data for reference.